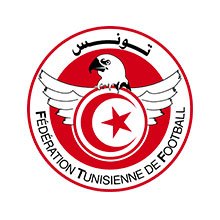 After missing the last two tournaments, Tunisia will bid to get out of the group stage for the first time ever in their World Cup history - at the fifth attempt. The odds are stacked against them, however, having been drawn in Group G alongside England and Belgium.

Tunisia came through the African qualifying section unbeaten, beating Mauritania 2-1 both home and away in the second round, and then finishing the third-round group stage with four wins and two draws.

Tunisia won their first three third-round matches to put themselves in pole position, before coming from 2-0 down to draw with DR Congo – their closest rivals for a World Cup spot in the crucial following match. Youssef Msakni’s hat-trick against Guinea then meant a goalless draw with Libya in the final round of fixtures was sufficient to book their place in Russia.

Tunisia have never advanced from the group stage in four previous attempts and, indeed, in three consecutive tournaments between 1998 and 2006 they failed to even win a game – their lone World Cup win coming in Argentina in 1978.

After those three consecutive World Cup appearances around the turn of the century, Tunisia failed to qualify for the last two World Cups.

Having scored a hat-trick against Guinea to send Tunisia to the World Cup, Youssef Msakni will miss the tournament after suffering a cruciate ligament injury as his Qatari side Al Duhal sealed the Qatar Stars League title in their final game of the season. Defender Rami Bedoui is also sidelined, but has been included in the final 23-man squad. Tunisia have widened their shortlist for World Cup places, after a concerted effort to include Tunisian-eligible players based primarily in France. Seifeddine Khaoui, Ellyes Skhiri and Mouez Hassen all answered the call and made their debuts in Tunisia’s successful March friendlies, as did Bassem Srarfi and Yohan Benalouane. All five are in the final squad for Russia.

With Youssef Msakni ruled out injured, Wahbi Khazri will be asked to step up for Tunisia – and he did exactly that when he scored the only goal of the game in the friendly win against Costa Rica. England fans will be familiar with Khazri after his disappointing spell with Sunderland, but he has enjoyed his best ever goalscoring season on loan at Rennes in France this season. He may miss the first game against England through injury, however.

Two wins and two draws from their final four World Cup qualifiers were enough to send Tunisia to the World Cup, and they began their preparations for Russia 2018 with two 1-0 friendly wins, against Iran in Rades and then in Nice against Costa Rica, with Wahbi Khazri netting the winner in the latter. Most recently they held both Portugal and Turkey to 2-2 draws – Anice Badri netting in both of those games – before a 1-0 defeat to Spain.

Tunisia have never advanced from the World Cup group stage and it would be a big shock if they managed to end that record in 2018 – they are 1/6 to be eliminated in the group stage, after a difficult draw in Group G.

Belgium and England – who beat Tunisia at the 1998 World Cup – are expected to go through and, the way they fixtures have panned out, should both be through after just two matches.

Tunisia will then finish their campaign against Panama, where they can at least put one record straight – they have failed to win in their last three World Cup appearances but are 13/10 to get the better of Panama in the final group game with Bet365. Despite Youssef Msakni’s injury, they beat Costa Rica in one of their pre-tournament friendlies and, with Costa Rica having qualified ahead of Panama, they should be beating the World Cup debutants too.

Should they lose, they will finish bottom of the group in all likelihood (15/8 with Bet365), but the odds are stacked against that happening.

Recommended bet Tunisia to beat Panama in their final group game at 13/10 with Bet365.

Tunisia have failed to get out of the group stage in four previous attempts, and it would be a huge shock in that did not become five this time around. England and Belgium should be too strong for them.