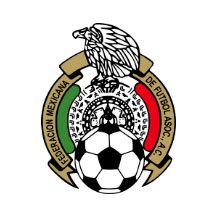 Mexico will look to qualify for the last-16 stage of the FIFA World Cup for the seventh consecutive time when they face-off with Germany, Sweden and South Korea in Group F.

Only a defeat in their final fifth-round group match, after they had already secured their place at Russia 2018, denied Mexico an unbeaten World Cup qualifying campaign. The 3-2 defeat to Honduras was the second time they had finished a round against the Hondurans, having also done so in round four. They won their first five games in that round, only to draw their final match against the same Honduran opposition.

In the fifth round, Mexico opened their campaign with a 2-1 win in the USA, and buoyed by that result they never looked in danger of failing to reach the World Cup finals once again.

The two-time former hosts have qualified for – and been knocked out in – the second round in each of the last six tournaments. They were quarter-finalists in the two tournaments they hosted, in 1970 and 1986, but have otherwise never made it beyond the last-16 stage.

Last time out, Mexico impressed as they beat Cameroon and Croatia in the group stage and drew 0-0 with hosts Brazil, but they crashed out after a 2-1 defeat to the Netherlands in the second round.

Rafael Marquez will appear in a record-equalling fifth World Cup after the 39-year-old was named in Mexico’s 23-man squad. The veteran defender put his career on hold at the start of the season to deal with legal issues, and had not played for Mexico since last summer’s Confederations Cup, but he is now set to return to Russia in the summer. Nestor Araujo failed to make the plane due to a knee injury – Hugo Ayala stepping up in his place – while Diego Reyes dropped out after the squad was announced and was replaced by Erick Gutierrez. Hector Moreno, Andres Guardado, Jonathan dos Santos and Giovani dos Santos all overcame injury worries to ensure they will be in Russia, however.

Javier Hernandez’s next goal for Mexico will be his 50th, having reached 100 caps in the recent international friendlies. Chicharito has not scored for Mexico since October, but the 29-year-old has netted important goals in his debut season for West Ham, including earning crucial away points at Bournemouth and Chelsea. He was also one of seven Mexican goalscorers last time they were in Russia, for the Confederations Cup. Sevilla defender Miguel Layun was in the goals in the friendly win against Iceland, meanwhile, netting twice in a 3-0 win, whole Oribe Peralta has 26 international goals and captain Andres Guardado is on 25. In defence, experienced Real Sociedad man Hector Moreno, formerly of Roma and PSV, is at the heart of the back-line.

Mexico enjoyed a mini unbeaten run following defeat to Honduras in their final World Cup qualifier, after they had already booked their World Cup spot. An impressive 3-3 draw with Belgium, with Hirving Lozano scoring twice, was followed by a 1-0 victory in Poland. A domestic-based team beat Bosnia 1-0 in San Antonio, before back-to-back friendlies in the USA resulted in a 3-0 win against Iceland and finally a 1-0 defeat to Croatia which ended their little run. More recently, Mexico drew 0-0 with Wales in Pasadena before Giovani dos Santos scored the only goal of the game in a 1-0 win against Scotland in Mexico City. They head into the World Cup on the back of a 2-0 defeat away to Denmark, however.

Mexico are looking for their seventh consecutive place in the last-16 of the World Cup finals, and yet are a great price of 11/10 to advance from Group F.

Having been drawn alongside Sweden, conquerors of the Netherlands and Italy in qualifying, Mexico may face one of their toughest groups yet – particularly with tournament co-favourites Germany expected to take top spot. A group forecast of 1st – Germany, 2nd – Mexico is 15/8.

And yet, Mexico’s international experience and consistent World Cup record should see them as favourites to finish second. Impressive friendly results against Belgium and Poland in November only strengthened that argument, and they also impressed on their way to fourth at the Confederations Cup in Russia last summer. On that occasion, a draw with Portugal and wins against New Zealand and the hosts earned them their semi-final spot, before defeat to eventual winners Germany.

The latter part does not bode well for the group stage, but they only need to get the better of South Korea and Sweden to book their last-16 place. Once there, however, they will likely face Brazil – favourites to win Group E. They have failed to get beyond the last-16, despite consistently reaching that stage, in any of those aforementioned previous six tournaments and are 2/1 with Bet365 to exit at the last-16 stage again.

In the last six World Cups, Mexico have reached the last-16 but not progressed any further. They are perfectly capable of reaching the same stage again if they overcome Sweden, but will likely have to face Brazil in the last-16 if they do. It could be deja-vu for Mexico.

Mexico at Russia 2018 prediction: Second round