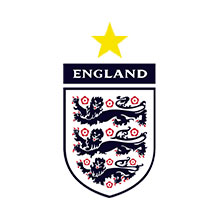 Fifty-two years on from their lone World Cup triumph on home soil in 1966, England are in Group G for Russia 2018, where they are expected to qualify for the second round despite facing stiff competition for top spot from Belgium.

England won Group F of European qualifying with relative ease, finishing unbeaten from their ten games, of which they won eight.

After Sam Allardyce’s managerial reign lasted just one game, which England won in the last-minute, Gareth Southgate steered England to the 2018 World Cup thanks to conceding just three goals across qualifying. Late goals were a common theme of England’s qualifying campaign – five of their 18 goals were scored in stoppage time, including two late winners and a late equaliser.

Harry Kane finished as joint-top scorer in Group F with five goals in all, level with Slovakia’s Adam Nemec, as England ultimately finished eight points clear of Slovakia and Scotland.

Winners on home soil in 1966, this will be England’s 15th World Cup appearance, and their sixth in a row – the last time they failed to reach the World Cup finals was in 1994. In Brazil four years ago, managed by Roy Hodgson, England won just one of their three matches with defeats to Italy and Uruguay resulting in a first group-stage exit in the modern format of the competition.

Having only won one match in South Africa in 2010 too, England have actually failed to win in seven of their last eight World Cup matches.

Gareth Southgate has opted for youth over experience in his 23-man England squad, leaving Joe Hart and Jack Wilshere out of his squad, but opting for Liverpool full-back Trent Alexander-Arnold. Burnley goalkeeper Nick Pope won his first cap against Costa Rica, taking Hart’s place alongside Jack Butland and Jordan Pickford. The squad features just one player with more than 50 caps – Chelsea’s Gary Cahill earning a recall following injury to Liverpool’s Joe Gomez. Gomez’s Liverpool team-mate Alex Oxlade-Chamberlain also missed out through injury, meaning recalls for fit-again Ruben Loftus-Cheek and Manchester City’s Premier League title winner Fabian Delph. James Tarkowski, Adam Lallana, Jake Livermore and Lewis Cook were all dropped from the squad which faced the Netherlands and Italy in March, and are on the reserve list instead.

Before Jesse Lingard’s strike against the Netherlands in March, Harry Kane had scored seven of England’s last 11 goals. The Spurs striker has enjoyed his most prolific ever season up front, for the second year running, with his Premier League goal tally in 2017/18 going past 20 for the fourth consecutive season – including his 100th goal in the competition – before he netted for the 30th time on the final day of the season. Kane is one of only two England players to have been named in the PFA Premier League Team of the Year, alongside Manchester City right-back Kyle Walker – who has provided a career-high six assists in helping his team to the title in his first season in Manchester. Walker’s team-mate Raheem Sterling has enjoyed his best-ever goalscoring season, meanwhile – finding the net more than 20 times despite criticism over his finishing ability.

England wrapped up their World Cup qualifying campaign with a 1-0 win in Lithuania, thanks to Harry Kane’s penalty, and have conceded just twice in their five friendlies since. Lorenzo Insigne’s late penalty equaliser in Italy’s draw at Wembley was the first goal England had conceded since Slovakia’s early strike in their World Cup qualifier in September. Before that 1-1 draw with Italy, England won 1-0 in the Netherlands, having played out two goalless draws at Wembley in November before that against World Cup joint-favourites Germany and Brazil. Most recently, Harry Kane and Gary Cahill scored first-half goals as England beat Nigeria 2-1 at Wembley before Marcus Rashford and Danny Welbeck found the target in a 2-0 defeat of Costa Rica. England have not lost since a 3-2 friendly.

England are expected to qualify from Group G, but their key fixture is likely to be their final group game against Belgium in Kaliningrad – which should decide who will finish first.

Minnows Tunisia – who England beat at the 1998 World Cup in their most recent meeting – and Panama, surprise North American qualifiers who have never played England, are not expected to trouble either Gareth Southgate’s side or Belgium so it is little surprise England are just 1/8 to qualify from Group G with Bet365.

Finishing top of the group will be tougher, and with Belgium packed with Premier League stars they are expected to provide tough opposition for Gareth Southgate’s side. England have been defensively sound since Southgate took charge, but have lacked the attacking edge they are likely to need to break down a seriously strong, and seriously experienced Red Devils defence.

As a result, a group forecast of Belgium to finish first and England to finish second at 11/8 with Bet365 looks a good bet.

Regardless, however, England are likely to face either Poland or Colombia in the second round from Group H. England have lost just once in 19 games against Poland, and that was back in 1973, while they are unbeaten in five previous matches against Colombia.

Both sides have improved a great deal since they last played England but, nevertheless, if England can keep out star strikers Robert Lewandowski or Radamel Falcao respectively, they will have a good chance of reaching the quarter-finals for the first time since 2006. They are 5/6 with Bet365 to reach the quarter-finals.

From there, however, England’s most likely quarter-final opponents will be Brazil if they win Group G and Germany if Belgium win Group G. Despite their goalless draws at Wembley against both nations, few will expect their World Cup journey to continue beyond that point regardless of how the earlier rounds play out. England are 11/5 to be eliminated at the quarter-final stage in Russia with Bet365.

Despite their poor showing at recent World Cups, it would be a huge shock if England failed to reach the second round at Russia 2018. Once there, they are likely to face one of two nations they have good records against, giving them a very decent chance of reaching the last-eight.