The UEFA Champions League is Europe's premier club competition, with the very best teams from across the continent battling it out for the ultimate prize. Each must qualify for the competition via their league position, with the top three leagues in Europe each given three automatic qualifying places and a fourth that can be achieved via a Play-Off round.

The second tier of nations are given two automatic places and a Play Off opportunity, while the third tier countries get just a single automatic place. Fourth tier and below nations can enter their best team into the qualification process, which requires them to win through three tough matches before entering into the Play Off system. Finally, the winner of the preceding season's Europa League is granted automatic entry into the main draw of the competition.

As a consequence of the above, it is easy to see why the Champions League is held in such high regard around the globe, with the vast majority of the world's best players in action.

The origins of the competition date back as far as 1927, where the first inter-European competition between Austro-Hungarian empire countries was played out. This was closely followed in 1930 by the 'Coupe des Nations', where ten of European football's league champions did battle, and the Latin Cup of 1949. 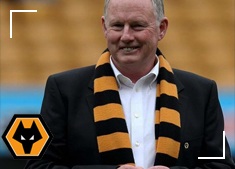 Amazingly, it was Wolverhampton Wanderers – then a superpower but now firmly ensconced in the second tier of English football, who sowed the seeds of the European Cup – and thus the Champions League – when they won a series of high profile friendly matches against European opponents in the 1950s. Their manager Stan Cullis claimed that his side were the 'champions of the world' – and the European Cup was born to prove his theory.

The first European Cup took place during the 1955/56 campaign, and ran for just under 50 years before being rebranded as the Champions League in 1992. 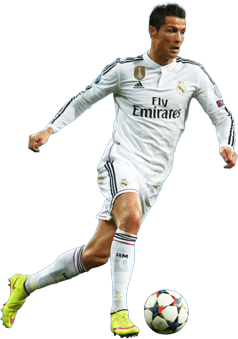 Real Madrid are the most decorated team in European Cup/Champions League history with eleven wins, and unsurprisingly they have appeared in more finals than any other team too (14). To complete the set they are the current Champions League trophy holders as well, having defeated their Madrid neighbours Atletico on penalties in the 2015/16 final.

No player in the history of the competition has scored more goals than Cristiano Ronaldo(93), and he is closely followed by Lionel Messi(83) and another Real Madrid legend Raul (71). It is another Galactico, Iker Casillas, who has made the most appearances in the tournament with 156, just ahead of Xavi (151) and Raul (142).

While for most football fans around the world the Champions League starts at the main group phase and ends with the final in May, the competition actually starts well before then: in July of the preceding year, to be precise. 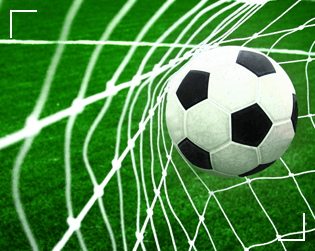 This is when the knockout phase for the fourth-tier teams begins, and after this lengthy process from which ten teams remain and join the automatically qualifying 22 the main draw is made in time for a September start.

The 32 teams are drawn into eight groups of four, who play each other home and away in a round robin format. The top two teams from each group then proceed to the knockout phase of the competition, which features a round of 16 before the usual quarter and semi-finals, before the tournament final in May/June.

The 2016/17 edition of the Champions League promises to be one of the most competitive yet, and much of the talk revolves around whether Real Madrid can successfully defend their title or not. The statistics would suggest not: no club has managed to retain their title since the Champions League was formed in 1992 – the last team to successfully do so were AC Milan back in 1989/90.

It would not be a surprise if a Spanish team were to win the Champions League in 2017 given that they have produced the most winners in the competition's history with 16; Barcelona's five titles adding to Real's eleven. Other prolific nations that play host to Champions League winners include England (12), Italy (12) and Germany (7).

The bookmakers have installed Barcelona as the early tournament favourites, with Bayern Munich and Real closely following behind. The English contingent is headed by Manchester City, despite them still needing to win a Play Off match to qualify, with Arsenal, Tottenham and Leicester City at lengthy prices to lift the trophy.

The Final: June 3, played at the Millennium Stadium in Cardiff, Wales.

With a front three of Messi, Neymar and Luis Suarez, it's not a huge surprise to see Barcelona installed as the bookmakers' favourites for the Champions League 2016/17. This trio combined to produce almost 100 goals for the Catalan giants during the 2015/16 campaign, and will once again take some stopping.

Real Madrid can boast their own powerful frontline in Ronaldo, Gareth Bale and Karim Benzema however, and as holders of the famous trophy must not be discounted. They also boast the likes of Pepe and Toni Kroos amongst their ranks, who were two of the standout performers at Euro 2016. Despite being relatively inactive in the transfer window, by their own standards anyway, Real should still be feared.

And then there is third of the Spanish contingent, Atletico Madrid, and they too cannot be discounted given their excellent record in this competition. In the last three years alone they have appeared in two finals (losing both to Real) and reached the quarter finals in the other, and that pedigree – coupled with Diego Simeone's pragmatic management style – ensures they are a force to be reckoned with in knockout football.

The loss of Pep Guardiola will perhaps derail Bayern Munich's hopes of winning this year's Champions League, although the club he has joined – Manchester City – should enjoy an upturn in fortunes following the Spaniard's appointment. Semi-finalists last year, City will be hoping to go at least one better this time around given Guardiola's penchant for winning trophies: he won two Champions League titles at Barcelona plus a stack of other silverware for the Spanish champions and Bayern.

The Champions League is typically a competition in which the 'cream rises to the top', although there has been instances of so-called underdogs reaching the business end of the tournament in the past.

Chelsea's win in 2011/12 could be considered a huge overachievement given that they defeated their opponents, Bayern Munich, in their own Allianz Arena home. Their former manager, Jose Mourinho, also came to prominence in the 2003/04 campaign when his Porto side upset the odds to win the Champions League with a 3-0 win over Monaco in the final.

Possible contenders for the tag of underdog this season include cash-rich PSG – they reached the quarter finals last year and have made a shrewd managerial appointment in Unai Emery, Borussia Dortmund, who have been very canny in the transfer market this summer, and Napoli – as long as they can hang on to wanted frontman Gonzalo Higuaín that is.

It wouldn't be the Champions League without most of the world's best players strutting their stuff, and perhaps the finest of them all – Cristiano Ronaldo – will once again be hoping to lead his Real teammates to glory. He finishes as the tournament's top scorer in 2015/16 with 16 goals, and heads into the new season with a European Championship winner's medal around his neck.

The Barcelona trio of Messi, Neymar and Suarez will be well worth watching out for – their goals alone could lead Barcelona to glory, while one of the standout players of Euro 2016, Antoine Griezmann, will be hoping to help Atletico gain revenge for last season's final heartbreak.

Bayern Munich sensation Joshua Kimmich will be hoping to make his mark on the Champions League after a series of fine showings for Germany at the summer tournament, while another German – Toni Kroos – has appeared in both the Champions League Select XI of 2015/16 and the Euro 2016 Team of the Tournament, and so can be relied upon to deliver some truly eye-catching performances.

It seems that the very best teams save their finest performances for the Champions League, and that is highlighted by the fact that in the last five seasons only seven different teams have participated in the final: Real Madrid, Atletico, Barcelona, Juventus, Chelsea, Bayern Munich and Borussia Dortmund. It wouldn't be a huge surprise if that was the case once again this year, with Barcelona – desperate to get their hands back on the trophy – the rightful bookmakers' favourite.

One trend that has emerged in recent years that can help to inform Champions League matches tips is that the tournament's top goalscorer has played for the winning team in each of the last three years: Ronaldo (Real) in 2015/16, Messi (Barcelona) in 2014/15 and Ronaldo again in 2013/14. All in all CR7 has won the Champions League Golden Boot four times – and he has as good a chance as anybody of repeating that trick in 2016/17.