For more than 80 years Serie A has marked the pinnacle of Italian football. The best 20 teams in the country do battle each year to decide who lifts the famous trophy, who qualifies for the Champions League and who falls into the dreaded relegation zone.

Skilful, tactical and always pleasing on the eye, Serie A has served up some of the very best football that Europe has to offer in the last three decades.

An Introduction to Serie A

Italian club football is widely regarded as being some of the best on the planet; while of a naturally slower pace than say the English Premier League or the German Bundesliga, the technical and tactical ability of the players is second to none. Generally, however, the matches are low scoring – especially where two evenly-matched teams are competing, and can be bogged down by petty, tactical fouls.

The teams to look out for are generally Juventus, Napoli, Roma and the Milan duo; AC and Inter, who between them account for the vast majority of Italian champions dating back nearly 80 years.

Italian football has also been responsible for some of the most expensive transfers in history as well, with Paul Pogba's £89 million move to Manchester United from Juventus the most lucrative in history, although Gonzalo Higuain's £75 million transfer from Napoli to Juventus isn't far behind. Italy is also responsible for the first million pound player – Giuseppe Savoldi – who left Bologna to join Napoli for the sum back in 1975.

Having produced more European Cup finalists than any other nation in the continent, and despite UEFA's coefficient ranking Serie A as the fourth best league in Europe, it is clear that the best sides in the country are certainly ones to watch out for.

Italian football pre-dates 1929/30 of course, but it was then that the regional system was abolished to create a centralised, national league, and thus this is when football historians say that Italian top flight football was truly born.

The Serie A champion is known nationally as the Campione d'Italia, and Juventus have held this honour more times than any other team with 32 title wins. They are followed by the two Milan clubs, AC and Inter, who have both lifted the trophy on 18 occasions. Genoa, who dominated the very early years of Italian football, have nine wins to their name.

Juventus would also surely have had the honour of playing the most seasons in Serie A history, however they were relegated to Serie B in 2006 following the infamous Calciopoli match-fixing scandal. That record instead goes to Inter Milan, who have played in Italy's top flight for 85 seasons.

The Old Lady, as Juventus are sometimes known, are the reigning champions after bagging an impressive points haul of 91 in 2015/16, and so they will automatically take their place in the Champions League this season alongside Napoli, who finished as runners up. Roma, in third, will need to come through a qualifying game before they can take their place in the competition.

The three lowest ranked teams in the Serie A table at the end of the season are relegated to Serie B, and the top three there take the relegated trio's place.

During this forthcoming 2016/17 season, the Serie A will be the first of the major European divisions to trial live TV replays when close and/or contentious refereeing decisions are made. The idea behind this is that the matches will be fairer and less controversial moments will occur – similar examples of TV footage use can be seen in cricket and rugby, amongst other sports.

The legendary AC Milan defender Paolo Maldini is the most capped player in Serie A history (647), and Francesco Totti could become the second highest if he makes 15 or more appearances for Roma this season and thus leapfrogs Javier Zanetti. The Juventus goalkeeper Gianluigi Buffon is likely to become the highest capped shot stopper in the competition's history this season too. 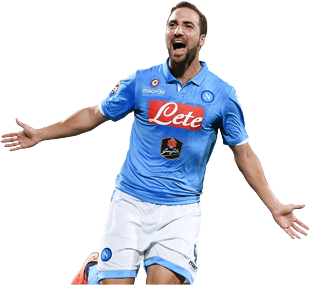 It will come as no surprise to learn that reigning champions Juventus are the odds-on favourites to retain their title, and while the loss of Paul Pogba to Manchester United is something of a hammer blow their transfer policy has been smart, if a little crude: they have signed the two best players from their rivals; 36-goal Gonzalo Higuaín from Napoli, and Roma's Serbian playmaker Miralem Pjanic. The Bayern Munich defender Mehdi Benatia will add some steel to the backline – as if any extra were needed, while Dani Alves has won a wealth of silverware with Barcelona and despite having turned 33 still loos in fantastic shape.

Their biggest competition this term looks set to be AS Roma, with Luciano Spalletti having had a rather busy summer in the transfer window. Last season's loan signings Antonio Rudiger, Mohamad Salah, Edin Dzeko and Stephan El Sharaawy have all made their temporary moves permanent, while Juan Jesus joins on loan from Inter to solidify their defensive areas. This Roma side is thus in a stronger position than they were 12 months ago, and with Napoli failing to adequately replace Higuaín, who produced nearly half of all their goals last season, clearly Spalletti's men are in pole position to take second in Serie A.

Napoli have brought in the tall Pole, Arkadiusz Milik, as a replacement for Higuaín, and while he does have potential it was clear for all to see at Euro 2016 how wasteful he can be in front of goal. It could be a tough transition for the 22-year-old this term, so expect the Naples outfit to underperform. When the pressure was on last season they tended to buckle – hence Juventus' unchecked run to the title – and without their talisman you would have to assume that Napoli will regress to their mean in 2016/17.

In truth, none of the sides outside of this 'big three' look liable to challenge for honours. Inter Milan finished fourth last season, some 13 points behind Roma in third and a whopping 27 away from usurping Juventus, which tells its own story about the trio's dominance.

AC Milan is a club in turmoil – they have sold less season tickets than Portsmouth in English football's fourth tier, while Fiorentina have spent less than £10 million on new recruits; not enough to get them into the title picture. Last season's sixth place finisher, Sassuolo, have had their two best players – Sime Vrsaljko and Nicola Sansone – poached away from them.

It is always nice to see an underdog breaking through, but it is unlikely that Serie A will see its own version of the Leicester City fairytale this season.

Serie A: Players to Watch

Clearly all eyes will be on Gonzalo Higuaín following his £75 million move to Juventus, and the Argentine boasts enough quality to score plenty of goals in Serie A even if last season's exploits felt like a 'freak' occurrence rather than the norm. How he links up with the young prodigy Paulo Dybala will be key, and yet it is the man tasked with providing the ammunition for that pair, Miralem Pjanic, who could be the man to watch this term.

Expect the talented young Inter forward, Mauro Icardi, to continue his upward trend; he looks like a natural born goalscorer, while the diminutive Napoli winger Lorenzo Insigne will be expected to take centre stage following the sale of Higuaín.

At the other end of the table Riccardo Saponara will be doing all he can to help Empoli avoid relegation. His 12 assists last term – one less than Paul Pogba and Pjanic - helped his side to their lofty league position, and while the task of hauling his side clear of the bottom three may be too much even for this skilful winger, at least he can put himself in the transfer shop window with a series of fine displays.

Juventus have strengthened, rather than weakened, with the signings of Higuaín, Pjanic, Mehdi Benatia and Dani Alves, while they are already planning for the next generation with the capture of 22-year-old Mario Lemina and 21-year-old Marko Pjaca. With their main rivals losing their best players, it is clear that the Old Lady will take some beating this season.

Napoli and Roma will need to prepare for a potentially exhausting Champions League campaign without their leading stars of last season, and that may allow Inter Milan in through the back door for a top three finish (available at 7/4). They have been canny in the transfer window, bringing in Antonio Candreva, Marko Brozovic and Dodo, with the loss of Juan Jesus perhaps the only one of consequence.

As far as relegation is concerned, Palermo were rather lucky to escape the drop last season and at 10/3 to finally suffer their fate they look a smart investment. No ide conceded more than them in Serie A last season, and yet they have failed to strengthen that department while losing their best player – attacker Franco Vazquez – to Sevilla.

Empoli need to be seriously considered for relegation too at 9/4. They may have finished tenth last season but lost more matches than they won, and with defensive lynchpin Lorenzo Tonelli leaving for Napoli they have a rather large void to fill.