Get ready for all updates for MLS including predictions, tips, odds & more.....

Major League Soccer is the top flight of football in the United States of America. The league began in 1996 on the backs of the successful staging of the 1994 FIFA World Cup throughout America that saw the American National Team succeed as many did not expect. They made it to the round of 16 before bowing out to Brazil in a tougher match than most expected, and that led many to put their heads together and create MLS in order to continue the momentum for American stars.

The league has grown rapidly over the years. To start with, just teams were in the league. It would quickly expand, and just as quickly contracted back down again. But in 2005, it started a climb back up. The league has exploded over the last 12 years or so, and there are now 22 teams in total throughout the massive country. This makes the league one of the very toughest in the world.

The travel is difficult, and it is hard to maintain fitness and form as a result. There are difficulites in this league that very few other leagues, save maybe Russia, will experience. On top of the travel issues, the league has a salary cap which contributes to the reason that teams remain relatively even. Nowadays, the league allows three players to not count against this limit (the Beckham rule- named after David Beckham), which allows teams to sign bigger name players in an effort to drive the competition and marketing level upwards. 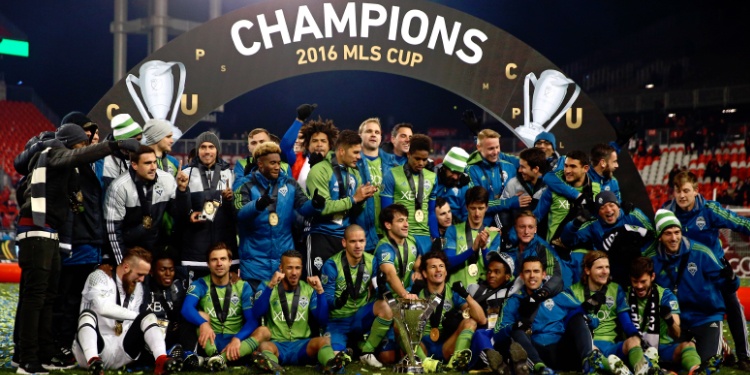 2017 is the 21st season that MLS has had, and it's going to be one of the best they've had yet. On the backs of a great run by Seattle Sounders to win the title and an equally impressive performance by runners-up Toronto FC, two new teams have come into the fold. First is the new Atlanta United led by former Barcelona manager Tata Martino. They've spent a lot of money, and they are looking to make an impact immediately in the heart of the south. The other expansion side is Minnesota United, who are looking to be the counterweight to the Atlanta side. They are looking to build slowly as they have had football there in the past, albeit at a lower level.

This season is going to be an interesting one, and it's well worth taking a watch if you have never done so before. This league is a very tough league that runs from the coldest part of the year to a very warm summer back to extreme cold once again. It's March through December (for the better sides, at least), and this definitely tests teams' resolves. The league has improved tremendously on field, but there are still teams that look to employ various strategies. There are defensive sides and attacking ones. Counterattacking sides and possession-based sides. Which wins out this year is the big question.

The format of the league isn't as simple as most leagues in Europe are. There are two conferences of eleven sides each. The top six sides from each league will make the playoffs. Interestingly enough, sides only play members of the opposing conference once in a season. So this unbalanced format can swing things a little differently than most would expect to see. Any side that gets near the 60 point mark is a definite contender to win the Supporters Shield, which is won by the side that has the most points in the entire league. At the end of the season, there are playoffs. The higher seeded side will have home-field advantage, even in MLS Cup Final. The winners of the final are considered MLS champions when it's all said and done.

Now, let's take a look at who the top contenders are this season for various awards according to the bookmakers!

To win the league itself here are the odds that Bet365 have given the top contenders, a couple of darkhorses, and the rank outsiders: