Get all updates for Ligue 1 including Match Previews, Predictions & Team News 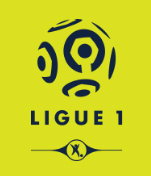 After an unexpected and mesmerizing season for AS Monaco on 2017, the French Championship is back in full throttle. A new season has arrived in the French country with all the protagonists armed to the teeth and ready for a new tournament, the Ligue 1's level is increasing dramatically with the massive economic injections being applied to several teams in the top of the table. Top clubs such as Paris Saint-Germain, Olympique Marseille, Olympique Lyonnais, and even Nice, are ready to fight for the title against surprising champions AS Monaco.

In this season there will be 20 clubs competing for the title, the three relegated squads from last season will leave their place to the three promoted sides from Ligue 2. The promoted clubs are Ligue 2 champions Strasbourg, runner-up Amiens, and Troyes (who defeated Lorient in a relegation play-off. The relegated squads were Bastia, Nancy, and the previously mentioned Lorient.

In a surprising last quarter of the season, AS Monaco took the lead from Paris Saint-Germain after the team from the French capital lost a crucial match against Mario Balotelli's Nice near the end of the season. The team led by Radamel Falcao and French sensation Kylian Mbappé was the most impressive side in the country after reaching the Champions League semifinals which they lost against Juventus. For this season, the French champions are looking to stay relevant against the powerful PSG machinery and the rest of the contenders.

Club with most Ligue 1 trophies

All time goal scorer: Delio Onnis ARG, 1971-1986. This Argentine striker played for AS Monaco, Reims, Tours, and Toulon. During his time in the French Ligue 1, he managed to score 299 goals in 449 matches, finishing with an average of 0,66 goals per match.

The club making the biggest difference in recent years due to their incredible economic power in European football, the club from the French capital will go after the title once more after conquering four consecutive titles before AS Monaco took it from them last season. With impressive goalscorer Edinson Cavani and any the other main signing they get this summer, the French giants will attempt to get back that dominance they lost against Monaco.

The current champions are hanging by a thread because of one thing; they have no idea if youngster Kylian Mbappé will remain at the club next season. They have constantly been selling players to the highest bidder for the last five seasons due to their low budget and lack of success. But last season's amazing performance may give them a little bit of room to breathe, Colombian striker, Radamel Falcao's leadership, could be more than enough to fight for the title one more time and wow the world again.

A familiar face amongst the title contenders in Ligue 1, who have their star Dimitri Payet to win the important matches for them. One of the clubs with the biggest tradition in the French competition, the squad from Marseille could very well give the surprise this season and take the title from under PSG and AS Monaco's nose. The contribution that Argentine midfielder Lucas Ocampos can give them will decide if they are title contenders or not.

One of the clubs that never stops being a title contender due to their most recent history and not so distant dominance, these guys have Alexandre Lacazzette on their side. Plus, for this season they have Dutch winger Memphis Depay who didn't have such a great run with Manchester United. However, there is a very good chance that the now former Red Devil wakes up and starts delivering outstanding performances with the massive talent he has.

This club is defined by two words: Mario Balotelli. The Italian striker brought many clubs in France to their knees with unforgettable goals and riveting performances, if he remains with the club from the French coast, there are very few clubs that can stop their rise to the top of the competition.

Of there is one concept that can define Girondins Bordeaux, that is teamwork. One of the most dynamic squads in the French competition, they have the Uruguay duo made by Mario Arambarri and Diego Rolan, who is a fantastic addition to Ivorian young winger Thomas Toure. This is one of the clubs that staying together will leave a lasting impression, and may become one of the Ligue 1's

If he doesn't leave the club to keep shining in another major European league, Angel Di Maria has everything in his favor to become the most valuable player in the country. His fast pace and creativity as a winger are among the most coveted talents in modern football, that's why many clubs in Europe are looking to take him from Paris for an insane amount of cash.

Arguably one of the most talented dribblers in the world, when Hatem Ben Arfa has a good day, there is no defensive player who can stop him. However, this is a highly inconsistent player who keeps underperforming for a variety of reasons. The French giants made a huge bet on him for the long run, when the time comes when he starts showing his true talent, Paris will have one of the best if not the best player in the French Ligue 1.

This is one of the best comeback stories of the year, Radamel Falcao came close to his best form last season when he helped AS Monaco conquer the Ligue 1 and reach the Champions League semifinals. The real challenge will be next season, because 'El Tigre' has to prove himself that all the injury problems have been left behind and he can be one of the best players in the world again. Next season will be especially significant for him because Radamel will have to fight for a spot in Jose Pekerman's Colombian national team.

After all the turmoil with West Ham United, one of the best French offensive players right now decided to go back to his beloved Olympique Marseille. With the French club, Payet has the complicated challenge of taking his side to glory and make them relevant again. His polished technique during set pieces is a sight to behold; the French will get to enjoy this incredible player next season.

They say that talent runs in the family, with Paul Pogba's little brother this is exactly the case. Playing as an offensive midfielder for historical French club Saint-Étienne, Florentin is looking to take his club back to the glory days from decades ago when they won consecutive titles in France. Also, a call from a bigger club in European football is something that the younger Pogba brother is also after.

If he decides to stay with Nice which is very unlikely, Mario Balotelli could take the French Ligue 1 by storm one more time. The only downside to this is that Mario's agent, Italian Mino Raiola, is actively looking for a new club to accommodate the striker. If there is a brave enough side that wants to take Balotelli in given his bumpy background, Nice and the Ligue 1 can say goodbye to one of the most talented strikers Italy has to offer. Mario's 15 goals with Nice last season, helped his club eliminate Paris Saint-Germain's aspirations to win the trophy for the fifth time in a row.

The current Ligue 1 top scorer has a new challenge in front of him, this time it will be against foes that are much more experienced and pose a greater threat compared to previous seasons. There is very little defenders can do against Cavani when he is having a good day, but not losing his temper will be another obstacle on the road for him. During the match against Nice, he lost his mind with Mario Balotelli and cost his side a defeat after getting sent-off for misconduct.

The Colombian striker has a new opportunity to go back to his old self, a player who was used to scoring 30+ goals per season and did it with an ease that very few can manage. After leaving a few demons behind with last season's successful run, Radamel Falcao still needs to earn his place with the Colombian national team and the only way he will manage that is by scoring plenty of goals.

Another player who is currently on the verge of leaving the Ligue 1 to play in one of the biggest clubs in the world, this wonder kid is one of the biggest names in the summer transfer market to date. Clubs like Real Madrid, Arsenal, Juventus, and even Paris Saint-Germain are all after his services. The only reason why Mbappé wouldn't leave AS Monaco is if the club that wants to pay for his transfer isn't willing to let him play as many minutes as he requests.

Marseille already has the goal provider in Dimitri Payet, but the man who will respond to every single assist is none other than Batefimbi Gomis. The French striker is arguably amongst the best centre-forwards in the French tournament and next season should be sensational for his aspirations, he managed to score 20 goals last season and this year he is coming for more.

Olympique Lyonnais' biggest threat up top, Lacazzette has been followed by many clubs in European football, but so far he's decided to remain in Ligue 1. Arsene Wenger has been making bids to sign him for Arsenal for the last couple years, but Lyon's resilience to keep their most valuable striker has been stronger than any offer coming from any club in the world.