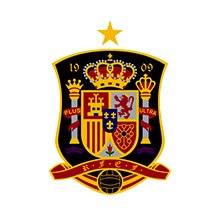 Having come through qualifying unbeaten, 2010 world champions Spain will hope for a final hurrah for some of the stalwarts of their success in South Africa, but face a battle for top spot in Group B with Portugal. They will also face Morocco and Iran.

Despite a potentially tricky group, having been paired with Italy, Spain breezed through qualifying with nine wins in ten games and 36 goals scored – conceding just three.

Having been level on points with Italy after drawing in Turin, Spain pulled away after beating the Azzurri in the return fixture and, buoyed by the superior goal difference, never looked like surrendering top spot and World Cup qualification.

Their campaign included seven clean sheets, and two 8-0 wins, home and away against Liechtenstein. The goals were spread between different players too, with Diego Costa, Isco, Alvaro Morata and David Silva all finding the net five times.

Winners in 2010 for the first time, Spain suffered a shock group-stage exit in Brazil four years ago – the first time they had failed to get beyond the group stage since 1998.

Nevertheless, many of the team which won the World Cup in 2010 – and the European Championships either side of that tournament – remain in the Spanish squad, including World Cup Final match winner Andres Iniesta.

Incredibly, Spain were actually 1-0 up in their first game of the 2014 tournament, against the Netherlands in a repeat of the 2010 final, but conceded five goals without reply and never recovered from that defeat. A 2-0 loss to Chile in the next game sealed their exit after just two matches, though they did beat Australia 3-0 in their final group game to sign off with a win.

Spain sacked manager Julen Lopetegui on the eve of the World Cup after it was announced he would take over at Real Madrid at the end of the tournament – the Spanish football federation had been unaware negotiations were taking place, while the team was gearing up for the World Cup, and dismissed Lopetegui over his conduct despite a 20-match unbeaten run in his two years charge. Former captain Fernando Hierro will replace him for the World Cup.

Where can you start when it comes to Spain’s important players? In goal, they have David de Gea who boasts a save percentage of 80 per cent in the Premier League this season. In front of him are hugely experienced centre-backs Sergio Ramos, the captain, and Gerard Pique who represent each side of the El Clasico divide at the heart of the Spanish defence. In midfield, Andres Iniesta is another veteran campaigner – scorer of the winning goal in the 2010 World Cup final – as is David Silva, who has been in sublime form for Manchester City and also scored five goals in World Cup qualification. Isco also hit the five-goal milestone, and netted a hat-trick in the thrashing of Argentina, while up front Diego Costa is another to have scored five times in qualifying. In short, Spain have quality and experience all over the pitch.

Spain are unbeaten in 20 matches since their Euro 2016 exit, and thrashed Argentina 6-1 in March with Isco grabbing a hat-trick. Argentina are not the only big team to have been put to the sword by the Spaniards in the last two years either – they beat Italy 3-0 en route to the World Cup, and beat France in a friendly. Prior to the Argentina win, however, they did draw two in a row – 1-1 against Germany and 3-3 against World Cup hosts Russia – and have drawn 1-1 with Switzerland since despite Alvaro Odriozola’s first international goal. They returned to winning ways by beating Tunisia courtesy of Iago Aspas’ late winner in their final World Cup warm-up match.

In many regards, Spain’s first game at the 2018 World Cup could be among their most important as they face European champions and neighbours Portugal. A victory will set them on their way to finishing top of the group, and they are 10/11 favourites with William Hill and Betfair to beat their Iberian neighbours.

Should they do that, they will expect to see of Iran and Morocco and seal top spot, which they are 1/2 with Bet365 to do. The sacking of Julen Lopetegui has thrown their preparations into chaos in some respects, but they also boast plenty of experienced players and their talent alone could be enough to see them through.

Initially finishing first or second in the group is likely to have less bearing on their progress – Uruguay, Russia or Egypt are likely to be their second-round opponents, and Spain will be favourites to beat all three of those, whoever it is that qualifies from Group A and whether or not Spain are top in Group B.

It is beyond that where it gets more important to have won the group, as the team to win Group B are expected to face Argentina as opposed to France in the last-eight if all teams progress as expected from the earlier rounds. Spain have beaten both in friendlies recently, but with Argentina out of form and Spain thrashing them 6-1 in their recent meeting, it is clear which would be the more favourable tie.

Nevertheless, regardless of their opponents, Spain should be backed at 8/13 to reach the quarter-finals and, given their recent form, odds of 11/8 to reach the semi-finals are generous too – both with Bet365.

La Roja are a best price of 10/3 to reach the final with Bet365, but Brazil and Germany – their two probable semi-final opponents – are tournament co-favourites for a reason. Indeed, the Germans are one of few teams Spain have failed to beat lately, after they drew 1-1 in March. You can get 9/2 on Spain to be eliminated in the semi-finals with Bet365.

Given the depth of talent in the Spanish squad, there are plenty of potential golden boot winners in their ranks too if they reach the sharp end of the tournament. The goals were spread around in qualifying, but after his hat-trick against Argentina (and five goals in qualifying), Isco could be a great outside bet at 66/1 with William Hill. Furthermore, William Hill will pay-out for the top four places on an each-way bet.

Recommended bet Spain to be eliminated in the World Cup semi-finals at 9/2 with Bet365 and Isco to finish top scorer (each-way bet) at 66/1 with William Hill.

Spain were poor at the last World Cup, crashing out after just two group games despite being defending world champions and back-to-back reigning European champions at the time, but they are not likely to repeat that showing. Topping the group will grant a slightly more favourable passage through to the last-four, so if they beat Portugal they really should get to the sharp end of the tournament.