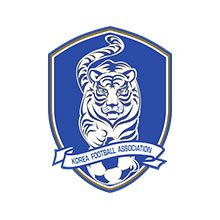 South Korea will feature at their ninth consecutive World Cup finals at Russia 2018, looking to overcome Mexico and/or Sweden in Group F to avoid what would be a seventh group-stage exit in that time.

South Korea stormed through the Asian section’s second-round group stage with eight wins from eight games, 27 goals scored and none conceded, but were unable to carry that form into the third round.

Indeed, they won just one of their final five matches – though that win, a 1-0 victory against Syria, ultimately ensured they finished ahead of the Syrians in Group A to qualify automatically for the World Cup.

South Korea failed to win a single away game in the third round, but a goalless draw with Uzbekistan in the final round of fixtures – combined with Syria only drawing in Iran – was enough to see them cling on to second place.

South Korea will be playing at the World Cup for the tenth time, and ninth in a row, but none of their campaigns have been as memorable as the 2002 edition on home soil.

The hosts topped their group after wins against Poland and Portugal, knocked Italy and Spain out in the next two rounds and ultimately finished fourth after losing their semi-final to Germany and losing 3-2 to Turkey in the third-place play-off.

Veteran striker Lee Dong-Gook’s hopes of a surprise recall to the South Korea squad after featuring in qualifiers against Iran and Uzbekistan at the end of last summer are over, with the 39-year-old not adding to his 105 international caps since then. The Jeonbuk Hyundai Motors striker would have been the only player at Russia 2018 to have also played at France ’98. Lee’s Jeonbuk Hyundai Motors’ team-mate Kim Jin-Su also missed out, meanwhile, for the second consecutive World Cup, after suffering a knee injury in the friendly against Northern Ireland. Veteran midfielder Yeom Ki-Hun is injured, however, after suffering a fractured rib in the AFC Champions League. Gangwon forward Lee Keun-Ho and Dijon midfielder Kwon Chang-Hoon also missed out through injury, while veteran Lee Chung-Yong was not selected. Former Barcelona youngster Lee Seung-Woo is one of three new faces in the squad, meanwhile, having previously impressed manager Shin Tae-Yong at last year’s under-20 World Cup.

Son Heung-Min has been a revelation for Tottenham Hotspur in the Premier League this season, enjoying another fine season for goals and assists. He netted twice in the friendly win against Colombia too, in November. Swansea’s Ki Sung-Yueng will captain the team in Russia, and won his 100th international cap on the eve of the tournament.a

After grabbing two wins and a draw from their friendlies in Antalya, Turkey, in January/February, with a squad consisting of domestic-based players, the return of South Korea’s European-based stars could not inspire them to victory against either Northern Ireland or Poland. Kwon Chang-Hoon’s goal was not enough as Northern Ireland came back to win 2-1 in Belfast, while Lee Chang-Min and Hwang Hee-Chan scored to inspire a late comeback from 2-0 down against Poland, only for the hosts to snatch a stoppage-time winner. Their pre-World Cup friendlies included a 2-0 defeat of Honduras, but they have since lost 3-1 to Bosnia, drawn 0-0 with Bolivia and succumbed to a 2-0 loss to Senegal.

South Korea generally struggle to get out of the group stage at the World Cup, despite finishing fourth in their home tournament in 2002, and after a tough draw it could be the same again in 2018.

Defeats to Poland and Northern Ireland showed their deficiencies against European opposition, which does not bode well for the opening game against Sweden, while Germany are a cut above at the moment too. As for Mexico, their penchant for getting through to the last-16 makes them a good shout for second in Group F – which all leaves South Korea to finish bottom of the group. They are 2/7 to fail to make it out of the group, and 5/6 to finish fourth.

With coach Shin Tae-Yong also expressing concern about possible fatigue after Son Heung-Min’s season, the Koreans’ star man could be struggling too – all of which is ominous for fans hoping for an upset.

South Korea have been knocked out in the group stages of six of the eight World Cups they have played in, and six of the seven not played on home soil. With another tough group awaiting, it is hard to see beyond another exit at the same stage.