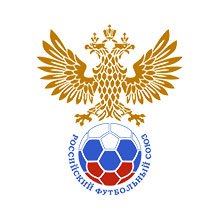 Out-of-form World Cup 2018 hosts Russia will kick-off this summer's tournament when they face Saudi Arabia in Moscow, before facing Egypt and Uruguay in Group A.

Russia qualified automatically for the 2018 World Cup as host nation, having beaten joint bids from Portugal/Spain and Belgium/Netherlands, as well as England, to the right to host the tournament.

This will be Russia’s 11th appearance at the World Cup finals, but only their fourth since the break-up of the Soviet Union. In Brazil four years ago, Russia crashed out in the group stage without winning a game – drawing with South Korea and Algeria either side of a defeat to Belgium. It followed group stage exits in 2002 and 1994 too – their other two previous World Cup finals appearances.

Veteran defender Sergei Ignashevich, 38, has come out of retirement to help the host nation following several defensive injuries. Viktor Vasin and Georgi Dzhikiya were already ruled out with cruciate ligament injuries, before Ruslan Kambolov was cut from the provisional squad after suffering a calf injury playing for Rubin Kazan. The return of their most-capped international player could be a timely boost for the home nation, who were lacking in experience throughout the squad. Star striker Aleksandr Kokorin has also been ruled with a ruptured cruciate ligament, which has opened the door for Artem Dzyuba. The Zenit striker spent the latter half of the Russian Premier League season on loan at Arsenal Tula to prove his form and fitness..

With Aleksandr Kokorin likely to miss out through injury the pressure has increased on 22-year-old Aleksei Miranchuk who – alongside twin brother Anton – has been instrumental in Lokomotiv Moscow’s season. Krasnodar striker Fyodor Smolov is the top scorer in the current Russia squad with 12 from 30 appearances, however – and he is also the top Russian scorer in the Russian Premier League too. Though Russia have turned to younger players in the lead-up to the tournament, experienced players such as CSKA Moscow’s Alan Dzagoev remain instrumental.

Russia are without a win in their last seven matches and have won just one of their last ten. They conceded three goals apiece in a high-scoring draw with Spain in November and subsequent defeats to Brazil (0-3) and France (1-3) in March. Their two pre-tournament friendlies also ended in disappointment – a 1-0 loss against Austria and then, last time out, a 1-1 draw with Turkey despite Alexander Samedov scoring only Russia’s second goal in their last four games.

Russia go into their home tournament in poor form and with a number of injuries to contend with, though they should never be written off.

After failing to impress in the Confederations Cup, they realistically will have to beat Egypt to go through but the fixture list has at least been kind to them – they play what is, on paper, their easiest game first and their toughest last, allowing them to at least build a little momentum.

They are 1/3 with Ladbrokes to win the opening game against Saudi Arabia, and really should be winning to kick-off the tournament in style. They are also 2/9 to score first with Bet365, and therefore be the first team to net in the 2018 World Cup.

Alan Dzagoev will be a key figure for them, and is fit after missing the last two tournaments, while Fyodor Smolov has been in goalscoring form for Krasnodar and can ensure the absence of Aleksandr Kokorin is not felt too keenly.

Nevertheless, with Egypt built around in-form Mohamed Salah – who is coming off a stunning season for Liverpool – Russia will have their work cut out in their must-win second fixture. Likewise, with two central defenders ruled out of the tournament, Luis Suarez and Edinson Cavani will not be facing Russia’s first-choice defence in the final group game for Uruguay.

It would be a disaster for Russia if they failed to reach the last-16 at least, and you only have to look at South Korea’s run to the semi-finals in 2002 to see what home advantage can do for a team at the World Cup, but what looked a favourable group on paper could actually prove tougher than expected.

Russia’s poor form and injury problems mean it has been less-than-ideal preparation for the host nation, and it may be tougher than originally suggested for Russia to get out of the group.