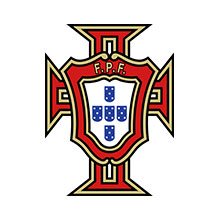 European champions Portugal will bid to become to replicate Spain's feat from eight years ago of winning the World Cup two years after their European Championship success - however, they will have to face their Iberian neighbours in Group B, alongside Morocco and Iran.

After losing their opening qualifying fixture in Group B of the European section to Switzerland, Portugal hit back in style with nine consecutive wins to top the group on goal difference.

They went into the final game in Lisbon, against Switzerland, trailing the unbeaten group leaders by three points but boasting a far superior goal difference, and won 2-0 to leapfrog the Swiss and qualify for the World Cup courtesy of an own goal and Andre Silva’s ninth of the campaign.

Silva finished some way behind Cristiano Ronaldo in the goalscoring charts, however – the Portugal captain scored two hat-tricks, against Andorra and the Faroe Islands, as he finished qualifying as the second highest scorer in the European section with 15 goals in total.

Portugal have played at the last four World Cups, having only qualified for two of the previous 16 tournaments – though they did finish third in England in 1966 in one of those.

Last time out, they were among the shock exits in the group stage, failing to replicate the form they showed in reaching the last-16 in 2010 or finishing fourth in Germany in 2006. A 4-0 defeat in their opening group game to Germany – after Pepe was sent off – got them off to the worst possible start, and though they rescued a point in their second game with a last-minute equaliser against the USA, they ultimately crashed out on goal difference despite beating Ghana 2-1 in their final game.

Benfica defender Ruben Dias, who was uncapped until the recent pre-tournament friendlies, has been named in Portugal’s final 23-man squad, despite the return to fitness of veteran defender Pepe. Pepe and fellow Besiktas man Ricardo Quaresma are both included – the latter having returned to the national squad in March. Quaresma’s return means Nani misses out, however – the winger, a veteran of 112 caps, has not played since the Confederations Cup.

Another surprise omission from the final squad, despite being named on the provisional longlist, was Wolves’ superstar Ruben Neves. The 21-year-old midfielder was integral to Wolves’ Premier League promotion but has been overlooked in midfield, as has Barcelona’s Andre Gomes. Another high-profile absentee will be Fabio Coentrao, meanwhile, after he ruled himself out of contention. He missed the friendly against Egypt through injury and determined he was not in the best condition for the tournament. He also missed Euro 2016 and got injured early at the last World Cup.

Cristiano Ronaldo made his 150th international appearance against Algeria, and the world footballer of the year will hope to add to his 81 international goals in Russia. He scored 15 goals in total in qualifying, while his domestic goalscoring record this season is all the more remarkable considering his below-par (for his standards) start to the season. He is not Portugal’s only in-form player, however, with Bernardo Silva playing a big part in Manchester City’s success in his debut season in England. Andre Silva has not enjoyed the same good form in his debut season with AC Milan, and yet his international record is good – the 22-year-old scoring 11 goals in his first 20 international matches.

Portugal have only two of their last six matches, a sequence which included their first defeat in almost a year when they went down 3-0 to the Netherlands in Geneva in March. Their sole win came courtesy of Cristiano Ronaldo’s stoppage-time double, which turned a potential 1-0 loss into a late 2-1 victory. Since the defeat to the Netherlands, Portugal drew 2-2 with Tunisia in Braga – throwing away a 2-0 lead after goals from Andre Silva and Joao Mario – before being held to a goalless draw in Brussels by Belgium. They returned to winning ways in style, however, with a 3-0 win against Algeria in their final warm-up match – Goncalo Guedes scoring twice and Bruno Fernandes netting the other.

Portugal’s Euro 2016 victory was a huge step-up for the nation’s footballers as they finally proved they can win on the biggest stage.

Their third place at the Confederations Cup was a decent taster of Russia too, as they claimed seven points in the group stage but lost on penalties to Chile in the semi-finals, before beating Mexico in the 3rd/4th-place play-off after extra time.

However, their hopes of progressing to the last-four and beyond at this World Cup could well rest on the result of their opening game against Spain, their Iberian neighbours and most likely rivals for top spot in Group B.

Spain are 10/11 favourites with Betfair for that game, compared to the 10/3 you can get on Portugal to win, and the Spaniards have won both their last two meetings at a major tournament.

Portugal, who will expect to beat Morocco and Iran, are still 2/9 to qualify from Group B but their potential route through the knock-out rounds is markedly worse off if they finish second behind Spain. A group forecast of 1st – Spain and 2nd – Portugal will return 5/4 with Bet365.

A second-place finish will likely mean a last-16 clash with Uruguay, as opposed to Egypt or Russia for the Group B winners, if everything goes to form in both groups. Portugal will still be favourites to get through, and are 11/8 with Bet365 to reach at least the quarter-finals.

There, however, it could be France awaiting them. Portugal beat France in the Euro 2016 final, but France are in good form and out for revenge. Bet365 are offering 11/4 on Portugal being eliminated in the quarter-finals.

The European champions are riding the crest of a wave after their performances at Euro 2016, growing into the tournament as it went on. They were in dominant form in World Cup qualifying too, but the draw has not been kind to them – failure to finish ahead of in-form Spain will mean a trickier run through the knock-out stages, and a potential quarter-final – should they get that far – with a France team out for revenge after their Euro 2016 final defeat.