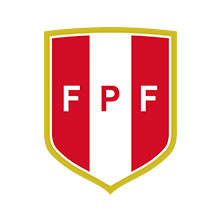 Peru will line up in Group C at the 2018 World Cup, after qualifying for the finals for the first time since 1982. After coming through the play-offs to reach Russia, however, they are joined by two other play-off winners in the group, Denmark and Australia, who will likely be Peru's rivals for second place behind France.

Peru went unbeaten in their final six matches in the South American qualification section to snatch the play-off place on goal difference from Copa America champions Chile in the final round of fixtures. David Ospina’s own goal for Colombia earned Peru a 1-1 draw and a shot at a first World Cup qualification since 1982.

In the play-offs, Peru then drew 0-0 with Oceanian winners New Zealand in Wellington, before goals from Jefferson Farfan and Christian Ramos in the second leg in Lima ensured the South American team would be going to Russia 2018.

Farfan’s goal was his fourth of the qualifying campaign, putting him one behind both Edison Flores and captain Paolo Guerrero in the goalscoring charts for Peru.

This will be Peru’s fifth World Cup appearance, but their last one was back in 1982. Their best performances were twice advancing from the group stage as national hero Teofilo Cubillas scored ten goals across the 1970 and 1978 tournaments.

They have actually failed to win their last six World Cup finals matches, however, after losing all three second-round group games (without scoring) at the 1978 tournament before exiting at the group stage in 1982 after two draws and one defeat.

All of the build-up to Peru’s first World Cup finals appearance since 1982 has been dominated by Paolo Guerrero’s fight against a doping ban, imposed after he tested positive for cocaine during a doping test. Initially banned for 12 months, that was halved to six months on appeal – freeing him to play at the World Cup – but an appeal by the World Anti-Doping Agency (WADA) to the Court of Arbitration for Sport (CAS) saw it extended again to 14 months. With Guerrero set to miss the World Cup, he was then given a reprieve when – backed by the three other captains in Group C – an appeal to the Swiss Supreme Court saw the ban temporarily lifted. Guerrero promptly marked his return to action by scoring twice in a friendly win against Saudi Arabia to highlight just how big a boost that is to the country. For his part, Guerrero has always denied deliberate wrongdoing – believing he ingested the cocaine inadvertently from drinking tea. Guerrero’s availability meant Sergio Pena was cut from the Peruvian squad to make room for the captain.

Paolo Guerrero’s return is a huge boost for Peru – his two goals against Saudi Arabia saw him extend his national record to 34 goals in 87 appearances. In his absence, Jefferson Farfan stepped up to the plate meanwhile – he is third on the all-time list, just two more goals away from going clear in second place. Farfan’s goalscoring form saw him finish as Lokomotiv Moscow’s top scorer to fire them to the Russian Premier League title. He scored four goals in qualifying – one less than Guerrero and Edison Flores.

Peru have not lost since a home defeat to Brazil in World Cup qualifying at the end of 2016. Their unbeaten 2017 included the draws against Argentina and Colombia which sealed their play-off place, and the two-legged defeat of New Zealand in said play-offs. In 2018, they won back-to-back friendlies against Croatia and Iceland in America, before stepping up their World Cup preparations with a 2-0 home defeat of Scotland and a 3-0 win against Saudi Arabia in Switzerland. Jefferson Farfan scored his third goal in four internationals in the win against Scotland, before Paolo Guerrero returned to action with two goals in the defeat of Saudi Arabia.

While Peru have performed well enough in the last 18 months to prove they should not be written off despite being surprise qualifiers for the World Cup finals, they will still do very well to get any further than the group stage.

Paolo Guerrero’s return is a big boost – and, in fairness to in-form Jefferson Farfan, his absence was not felt as keenly as it might have been. Now Peru could line-up with Guerrero and Farfan together in the opening World Cup game against Denmark – but they will still start as underdogs.

Jefferson Farfan has stepped up, showing his experience in Guerrero’s recent absence, but whether one or both start against Denmark in Peru’s opening World Cup game, the South Americans do so as underdogs.

The draw has not been kind to them in terms of the order of the fixtures, and with both European teams expected to progress from Group C, Peru could be out after just two matches – they are 1/3 with Bet365 not to qualify from the group.

A good result against Denmark in the opening game could turn things in their favour, but they are 9/4 to reach the last-16 for a reason. Where Peru might lack big-game players, Denmark can turn to Christian Eriksen, while France will be confident of a win in the second fixture.

That leave a match against Australia which could ultimately decide who finishes bottom of the group. Australia are favourites for fourth place, but in Bert van Marwijk they have a manager with a proven record on the international stage and experienced players like Mile Jedinak and Tim Cahill who will be desperate to put things right after three defeats in Brazil four years ago. Peru’s lack of tournament experience could hinder them, and the South Americans are 13/8 to finish bottom of Group C with Bet365. Furthermore, they needed a home win to get past New Zealand in the play-off for the World Cup, after only drawing away; Australia have proved repeatedly they are a level above the New Zealanders.

Peru have done well just to reach the World Cup, and while some impressive results in qualifying show they can mix it with the best teams, they only just got past New Zealand in the play-offs – that should give Denmark and Australia confidence to finish above the South Americans.