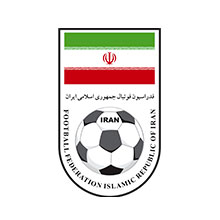 Iran will make their fifth World Cup appearance knowing the odds are stacked against them getting further than the group stage for the first ever time, having been drawn in the same group, Group B, as Spain and Portugal.

Iran lived up to their billing as number-one seeds in Asian qualifying, after progressing through both the second and third-round groups unbeaten – conceding just six goals in their 18 qualifying games.

At home they won all except one game, with only Turkmenistan even managing to score against them during the second round while, during the third round, Syria – with whom they drew 2-2, after the visitors’ stoppage-time equaliser – were the only team to stop Iran winning in Tehran.

Sardar Azmoun scored 11 goals for Iran in qualifying, with four of them in the third round – including the only goal of the game as they defeated South Korea at home.

This will be Iran’s fifth World Cup but they are yet to have advanced beyond the first round in any of their previous four attempts. In fact, they have only won one of the 12 World Cup matches they have played, back in France in 1998 when they beat the USA.

Four years ago, they drew their opening game 0-0 with Nigeria, and only Lionel Messi’s stoppage-time goal denied them a famous draw against Argentina next up, but a 3-1 defeat to Bosnia in the final group game saw them crash out with just a solitary point to their name.

Veteran Persepolis defender Jalal Hosseini will not be adding to his 116 caps at this summer’s World Cup having been the most high-profile player cut from Iran’s initial longlist. Despite starting half of Iran’s final-round qualifiers and playing a key role in Persepolis’ title win and run to the Asian Champions League quarter-finals, he is not in Carlos Queiroz’s 23-man squad. Other players cut from the longlist include Chaleroi striker Kaveh Rezaei and 20-times-capped defender Vouria Ghafouri, while Ali Karimi is injured. Maritimo goalkeeper Amir Abedzadeh – son of Iran’s 1998 World Cup star Ahmadreza Abedzadeh – is set for the World Cup, however, despite only making his debut in May’s friendly against Uzbekistan.

Whichever striker Carlos Quieroz opts for, however, he knows he is blessed with strength in depth in this Iranian squad. Sardar Azmoun scored 11 times in qualifying and has an international strike rate close to 0.67 goals per game following his goal against Algeria. Reza Ghoochannejhad and even Karim Ansarifard boast more experience, however. AZ midfielder Alireza Jahanbakhsh is another player impressing in the European leagues – his hat-trick against Vitesse in April proving he has hit top form on the eve of the World Cup.

The unbeaten run which carried Iran to the World Cup was ended by Tunisia in March, when the hosts won 1-0 in a friendly in Rades, but Iran bounced back to beat Algeria in Austria four days later and get back to winning ways. Prior to that game, a domestic-based squad beat Sierra Leone 4-0, while the list of nations defeated in friendlies also includes Venezuela, who Alireza Jahanbakhsh scored against in a 1-0 win behind closed doors. Rouzbeh Cheshmi scored the winner in a home friendly against Uzbekistan in a fixture scheduled outside of the FIFA calendar, before a 2-1 defeat away to Turkey – despite Ashkan Dejagah’s stoppage-time strike. They returned to winning ways thanks to Karim Ansarifard’s late winner against Lithuania in their final pre-tournament friendly, however.

Iran impressed in qualifying for the 2018 World Cup and in many ways look like the strongest Asian side heading into the competition – but they are not the continent’s best hope of a team reaching the second round.

The draw has been unkind to Iran, and with Spain and Portugal in Group B with them it is realistically pride – and third place in the group – they are playing for, competing with Morocco who they face in their first game.

Ahead of that first game, however, they should at least be confident. Morocco will be tough opponents – it was another of Africa’s qualified teams, Tunisia, who ended Iran’s unbeaten run in March – but they did beat Algeria.

With a depth of striking options and a measly defence, which Morocco too can boast, they face each other in the first group game and Iran are 12/5 to win with Bet365.

They are some of the best odds you can find betting on Iran at the 2018 World Cup, as they are as low as 1/9 to fail to qualify from the group stage.

Should they not beat Morocco though, then current odds of 5/6 on finishing bottom of the group with Bet365 suddenly look very generous.

Nevertheless, they showed strength in their most recent World Cup campaign – drawing their opening game and so nearly holding Argentina too, until Lionel Messi’s stoppage-time winner – and can take confidence from that.

They should be no match for Spain and Portugal, but they can at least upset the odds and beat Morocco to third place in Group B.

Like fellow Group B side Morocco, Iran impressed in qualifying but will face a mammoth task to get out of the group. They showed what they could do four years ago when they so nearly held Argentina to a draw, but ‘nearly’ will not be enough.