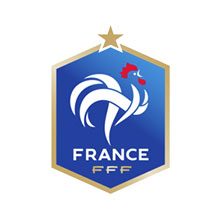 Now 20 years on from their World Cup triumph on home soil, France start among the favourites for Russia 2018, with at least a semi-final berth expected having been drawn into Group C alongside Peru, Australia and Denmark.

Though they suffered two surprise goalless draws in qualifying, the first away to Belarus in the first round of fixtures and the second at home to Luxembourg, France’s World Cup place never really looked in doubt in Group A of the European section.

Paul Pogba scored in both back-to-back victories against the Netherlands and Sweden in the third and fourth round of fixtures respectively, and the French did not look back from there

France won the 1998 World Cup on home soil, defeating Brazil in the final in Paris, with Zinedine Zidane instrumental in their victory, but the same player went from hero to villain in 2006 when he was sent-off in his final international appearance as France lost on penalties to Italy in the final.

In between, however, they exited in the group stage without winning a game in 2002, and did the same again in 2010 in South Africa, when reports of a team mutiny dominated the news.

Things were much improved last time out, as France scored eight goals in their first two games to advance from the groups, before defeating Nigeria in the second round and losing to eventual winners Germany in the quarter-finals.

After suffering a hamstring injury in the Europa League final for Marseille, Dimitri Payet’s hopes of a France recall ahead of the World Cup were ended. He had looked likely to force his way into the squad after an impressive season at club level but, while team-mate Florian Thauvin did force his way in, Payet missed out in cruel fashion. Arsenal defender Laurent Koscielny is also out injured, but Benjamin Mendy returned at the end of Manchester City’s record-breaking season to earn selection despite missing most of the campaign due to a ruptured ACL.

Thauvin’s return up front means both Manchester United’s Anthony Martial and Arsenal’s Alexander Lacazette miss out, while midfielders Moussa Sissoko, Kingsley Coman and Adrien Rabiot – the latter who also refused to be put on the standby list – are also not included.

France have three of the most expensive players in history in their squad, and all could make a big impact at the World Cup. Manchester United’s £89m man Paul Pogba has been inconsistent at times, but proved with his match-winning performance against champions Manchester City that he can turn it on for the big occasions. Teenage Paris Saint-Germain striker Kylian Mbappe and 20-year-old Barcelona winger Ousmane Dembele also have huge pricetags to live up to, but have won league titles in their debut seasons with their respective clubs. Antoine Griezmann and Olivier Giroud both scored four goals apiece in World Cup qualifying, meanwhile, and the former has enjoyed another stellar goalscoring season for Atletico Madrid before starring in their Europa League triumph.

After finishing their World Cup qualification campaign with a 2-1 win at home to Belarus, France beat Wales 2-0 and drew 2-2 in Germany in their November international friendlies – the latter after conceding a stoppage-time equaliser. That was followed by a 3-2 home defeat to Colombia, having been 2-0 up, but France have won all three friendlies since, including a 3-1 win away to World Cup hosts Russia. Most recently, Olivier Giroud and Nabil Fekir scored in a 2-0 home win against the Republic of Ireland, before Samuel Umtiti, Antoine Griezmann and Ousmane Dembele all found the net in a 3-1 defeat of Italy.

France should finish top of Group C and they should do so comfortably, with Peru and Australia in particular featuring nothing to fear for Didier Deschamps side. Denmark beat France 2-0 at the 2002 World Cup, but that was a France team well below par – it is telling that France have won all three meetings between the two teams since, meaning a clean sweep of wins in the group stage is likely.

France are as low as 2/7 with Bet365 to top Group C to reiterate the dominance they are expected to show – and it is little surprise when you consider the strength in depth at Deschamps’ disposal. Just a glance at the quality of players who missed out on selection shows just how much talent France can call upon in their 23-man squad.

Should France win Group C, they will face the runners-up of Group D – Croatia are favourites for that, while Iceland are contenders – in the last-16, and then potential quarter-final opponents include Uruguay and Portugal. With a favourable draw until the quarter-finals, it would be a surprise not to see France there – and probably with a 100 per cent record so far too. They are 1/2 with Bet365 to reach the quarter-finals.

A rematch with Portugal – after losing at home to the Portuguese in the Euro 2016 final – will be a chance for vengeance for the French, and after showing good form against the likes of Germany in their pre-tournament friendlies is a big chance for them to reach the semi-finals once again. Worst case scenario for France would be Spain in the quarter-finals, but if the Spanish are there then they would likely already have been beaten by Portugal in the group stage. As a result, France to reach the semi-finals at 6/5 with Bet365 looks a decent bet.

There, however, it is expected to be tournament favourites Brazil awaiting in the semi-final, and the prospects of the French progressing further will be slim if the Selecao live up to expectations in Russia.

Nevertheless, with a potential for all seven games played – including the 3rd/4th place play-off – and the likelihood of goals in the group stage too, it could be worth looking to the French for potential golden boot winners too. Antoine Griezmann is the stand-out name and has dropped to 12/1 with Bet365 to finish as tournament top goalscorer. Other French strikers include Kylian Mbappe (33/1 with Bet365) and Olivier Giroud (40/1 with Bet365 and Ladbrokes).

Recommended bet France to reach the semi-finals at 6/5 with Bet365, and Antoine Griezmann to win the golden boot at 12/1 with Bet365

France were in good form in qualifying, with the exception of one defeat to Sweden, and the potential draw beyond the group stage could be kind to them too. While they look good enough to reach the semi-finals, however, they will have to probably have to beat favourites Brazil if they want to progress further – a tough task, and probably too big an ask.