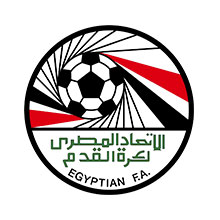 Egypt will start only their third ever - and first since 1990 - World Cup finals in Group A, alongside host nation Russia, Saudi Arabia and Uruguay. The Africa Cup of Nations runners-up could be a surprise package in this year's competition.

Mohamed Salah’s stoppage-time penalty against Congo booked Egypt’s place at Russia 2018 with a game to spare as they finished top of the CAF Third Round Group E ahead of Uganda.

Salah scored five goals in all in qualifying, making him the top scorer in the entire African qualification third round.

It could have been a different story, however, after Egypt had lost the first leg of their second-round match in Chad. They overturned the 1-0 first-leg loss with a 4-0 win at home in the second leg, however, before winning four and drawing one of their six third-round matches.

Egypt will be playing in just their third ever World Cup – they last qualified in 1990, when they exited in the group stage with two draws and a defeat, scoring one goal in their three games. Their only other World Cup appearance was in Italy, way back in 1934.

Egypt are sweating on the fitness of star player Mohamed Salah, but team doctors have assured fans he will play a part at the World Cup despite dislocating his shoulder during the Champions League final. The Liverpool star, Premier League golden boot winner and PFA Player of the Year was undoubtedly one of the most in-form players on the planet prior to his injury. Elsewhere, Ahmed Elmohamady also picked up a knock in the Championship play-offs with Aston Villa, but has shaken that off, while eccentric goalkeeper Essam El-Hadary, aged 45, is set to become the World Cup’s oldest ever player. Ramy Rabia has not been selected, and there was also no place for striker Koka – the Braga man one of six cut from Egypt’s provisional squad by Hector Cuper.

There is no question Mohamed Salah has become Egypt’s key player, after top scoring in qualifying – including the goal which sent Egypt to the World Cup – and enjoying a stunning season for Liverpool in the Premier League and Champions League. His charge to the golden boot and PFA Player of the Year award has even led to some calls for him to win the Ballon d’Or. His injury and subsequent doubts over his World Cup fitness are a huge blow but he is not Egypt’s only major European-based player -  Arsenal's Mohamed El Neny has also been playing Premier League and European football this season.

Egypt have not won since sealing World Cup qualification with a 2-1 win at home against Congo. The Pharaohs wrapped up their campaign with a draw against Ghana, but then lost back-to-back friendlies against Portugal and Greece – the former after Cristiano Ronaldo scored two stoppage-time goals, just as Mo Salah’s strike looked to be enough to grant Egypt a famous win. Since then, Egypt have drawn 1-1 with Kuwait and then held Colombia to a goalless draw at Atalanta before a 3-0 defeat to Belgium in their final warm-up match.

Egypt could be the team to continue African nations’ success in supplying at least one of the teams in the knockout round at the World Cup against the odds.

In a group with host nation Russia and Uruguay, Egypt are not expected to reach the second round but they certainly have the caliber to cause an upset.

They proved against Portugal in their friendly in March they can compete with the biggest teams – only Cristiano Ronaldo’s stoppage-time double, after Egypt had subbed off their goalscorer and star man Mohamed Salah, denied them a famous win.

The performance was enough to suggest they can push Russia all the way, however – though much clearly will depend on Salah’s fitness. If he can get fit for the key second game against Russia, it will be a huge boost to Egypt after the stunning season he has had.

In fact, with fellow Arab nation Saudi Arabia in their group – a team who have conceded 32 goals in their 13 World Cup matches – Salah has a chance to fill his boots in the group stage alone, and could be a golden boot contender as a result if he starts.

He scored five in the qualifying, and heads into the World Cup on the back of his incredibly goalscoring feats for Liverpool this season to prove he can hack it on the biggest stage. Salah is a best price of 40/1 to win the World Cup golden boot with Bet365.

As for the team, with Russia in poor form Egypt have a great chance of reaching the last-16 if they can overcome the host nation. They are 7/2 with Betfair to win against Russia, and 13/8 to qualify from the group stage with Bet365.

The second round could see a rematch with Portugal, who they have already proved they can compete with, but just as Egypt have the Salah factor, Portugal have Ronaldo – and much more big tournament experience too. Getting to the second round would be a huge achievement. To go further would be a big shock. Egypt are 9/4 to lose in the last-16 with Bet365.

Egypt may lack big-tournament experience, but they have one of the most in-form players on the planet. One man does not make a team, but you only have to look at the likes of Gareth Bale at Wales to see how one superstar player can help raise the level of performance across the entire starting XI – if Salah is fit, Egypt could cause an upset.

Egypt at Russia 2018 prediction: Second round