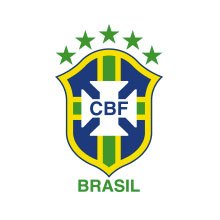 Tournament co-favourites Brazil start their 2018 World Cup campaign, where they will bid to win their sixth title, in Group E with Switzerland, Serbia and Costa Rica.

Brazil actually lost their first game, away to Chile, but were unbeaten with 12 wins and five draws in the next 17 matches to ensure they remain the only team to have played at every single World Cup finals.

The Selecao’s impressive results included a 3-0 thrashing of Argentina in Belo Horizonte and a 4-1 win in Uruguay, inspired by Paulinho’s hat-trick. Gabriel Jesus then scored twice in a 3-0 win at home to South American champions Chile in the final game to top Brazil’s goalscoring charts with seven goals – one ahead of superstar Neymar and the aforementioned Paulinho.

Brazil are the only nation to have played in every single World Cup finals tournament, making this their 21st appearance. Of the previous 20, they have claimed an unmatched five wins – the last of which arrived in 2002.

They were among the favourites last time out, on home soil in 2014, too, but lost 7-1 to Germany in an extraordinary semi-final and ultimately had to settle for fourth place. Where Ronaldo had been Brazil’s hero in 2002, when they last won the World Cup, Neymar stepped up four years ago, but his four goals ultimately proved in vain.

Neymar’s metatarsal injury was the major talking point in the build-up to the World Cup, but Brazil’s star player will be back for the World Cup having recovered well and on schedule. His Paris Saint-Germain team-mate Dani Alves was not so fortunate, however, and misses out with a knee injury he suffered towards the end of the Ligue 1 season. Alves’ place in the squad is taken by Manchester City’s Danilo – one of four players from the Premier League champions selected in Tite’s squad. Filipe Luis was another injury doubt, but the left-back recovered to feature at the end of Atletico Madrid’s season. David Luiz misses out, meanwhile, but was never expected to feature having not played for Tite for almost a year.

Neymar is undoubtedly the star man in Brazil’s squad, having banged in more than 50 goals for his country despite still only being 26. The PSG man was enjoying a goal-filled first season in France before his injury, and will hope to hit the ground running on his return – his goal against Croatia at Anfield was the perfect start in that respect. Neymar aside, Brazil are still blessed with plenty of attacking talent, however. Gabriel Jesus scored the winner as Brazil beat Germany 1-0 in March’s friendly – his ninth international goal in 15 appearances – and the 21-year-old managed to refind his goalscoring touch at the end of Manchester City’s record-breaking Premier League title-winning season. He and City team-mate Fernandinho, who Pep Guardiola has hailed as one of the Blues’ most important players, will both link up with the national team on the back of that stunning season. Also in top form is striker Roberto Firmino, whose goalscoring feats for Liverpool were only outshone by team-mate Mo Salah as he enjoyed his best-ever season in front of goal.

Brazil have not lost since a friendly defeat to Argentina, with a scratch side on show, in Australia last June. After wrapping up their World Cup qualifying campaign with a 3-0 win against Chile that cost the South American champions their own World Cup spot, Brazil have beaten Japan, Russia, Germany – Gabriel Jesus netting the only goal of that game, which could be a dress rehearsal for the World Cup final – and Croatia. The only team they have failed to beat is England, after a goalless draw at Wembley in November. Most recently, it was Neymar and Roberto Firmino on the scoresheet as they beat the Croatians at Anfield, and then Neymar, Gabriel Jesus and Philippe Coutinho in a 3-0 defeat of Austria.

After falling in spectacular style in the semi-final years ago, on home soil, Brazil are favourites to lift the trophy for the sixth time in Russia this summer. They can be backed at 9/2 to win the tournament with Ladbrokes and it is hard to look beyond the Selecao.

Certainly they should be progressing through the group stage, and they are just 1/16 to do so with Bet365, and as long as they go through as Group E winners as expected (2/7 with Bet365) and avoid Germany in the second round, the draw will open up for them.

Mexico are among their potential second-round opponents, while Belgium, England, Colombia or Poland will all be potential quarter-final opponents. Some of those represent tougher fixtures than others, of course, but Brazil’s brilliant form should mean they march on to the semi-finals.

Tite’s side are 11/10 to reach the semi-finals, where France will be their opponents if the four favourites for the last-four all progress as their respective group winners. Brazil have won their last two friendlies against the French and can live up to their tag as 9/4 joint-favourites to reach the final.

There they could face Germany, and with vengeance on their mind after their humiliating World Cup semi-final defeat four yeas ago, Brazil will be keen for a repeat of their recent friendly victory against the Germans. They are worth backing as tournament winners, but even backing them to reach the last-four will prove profitable given the way the draw opens up for them after what should be a comfortable group stage.

If they do reach the final, and win the tournament, Neymar and Gabriel Jesus will expect to have been among the goals. Neymar is 10/1 with Bet365 and William Hill to be top goalscorer, while Jesus – who has hit goalscoring form at the perfect time with Manchester City – can be backed at 21/1 with Bet365.

Brazil were in blistering form in qualifying, and claimed a morale-boosting friendly win over Germany in March to head to Russia full of confidence. They will be out for revenge in the final against Germany, after their crushing semi-final exit on home soil four years ago, and a sixth World Cup win looks a distinct possibility.